The RFM69 module and Packet Radio can do a lot to secure message transmission and message content (with the encryption key).

As for wired network (aka TCP/IP) the packet radio enclose your data into datagram before sending it over the air. This helps the hardware to detect error and possibly recover when collisions occurs.

Obviously, more we are talking on a same frequency, more we will have collision, less the communication will be efficient.

The best solution would be to use a frequency plan where each team receives its own frequency range like showed in the following table.

Together with the attributed Frequency, we do recommend the Teams to define their own encryption KEY for radio transmission (this will be clarified further in the documentation).

The following capture coming from USA shows the spectrum view (and waterfall view) of a RFM69 emiting on the 868.0 MHz frequency. Just remember that it works the same for CanSat around the 433 Mhz. 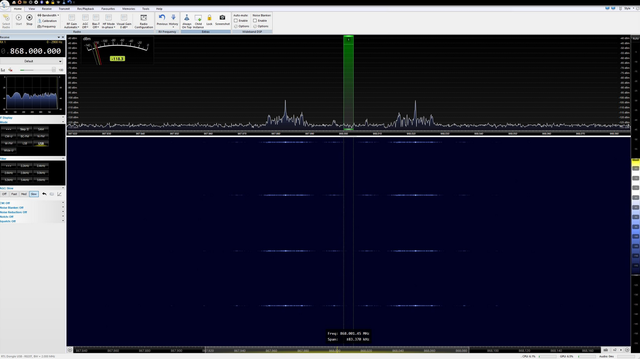 This second capture does focus on the interesting part of the picture (spectrum around 868 Mhz and corresponding waterfall). 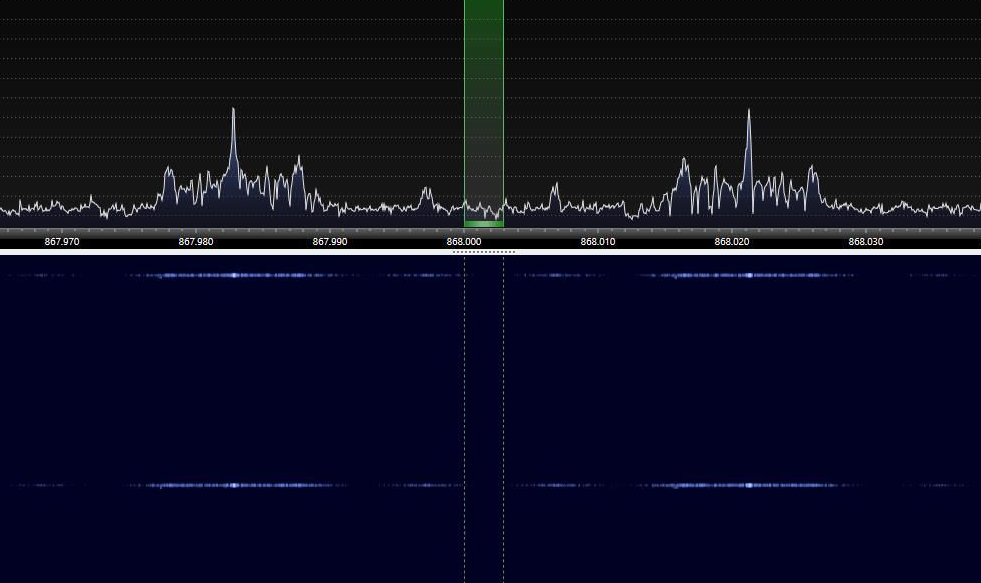 As you can see, the transmission does take place on the right and left side around the central 868.0 MHz axis. A bit like a mirroring image. This is called "Double Side Band" (DSB) communication in the radio area with the carrier wavelength set to 868.0 Mhz.

By comparing the spectrum and waterfall (on the right part), we can see the communication take places between 868.0 MHz and 868.030 MHz. This is the same on the opposite side of the picture.

So a total of 60 KHz around the carrier Wave length.

The best would be to keep some room between the transmissions spectrums, so we could space the frequencies of 80 KHz or even better and simplier 100 KHz!