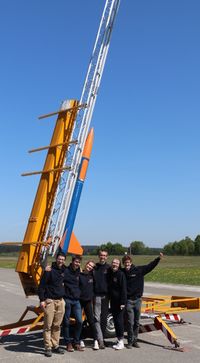 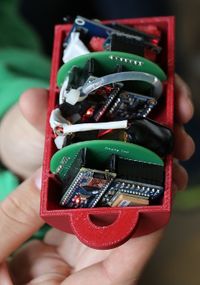 The volume of a CanSat has the following characteristics: 66mm diameter, 115mm height for a masse of 350gr.

This CanSat Belgium Wiki is one of the MC Hobby documentation project.

Optional: Adding a GPS module to transmit the CanSat position with the telemetry data would easy its location when back on the earth.